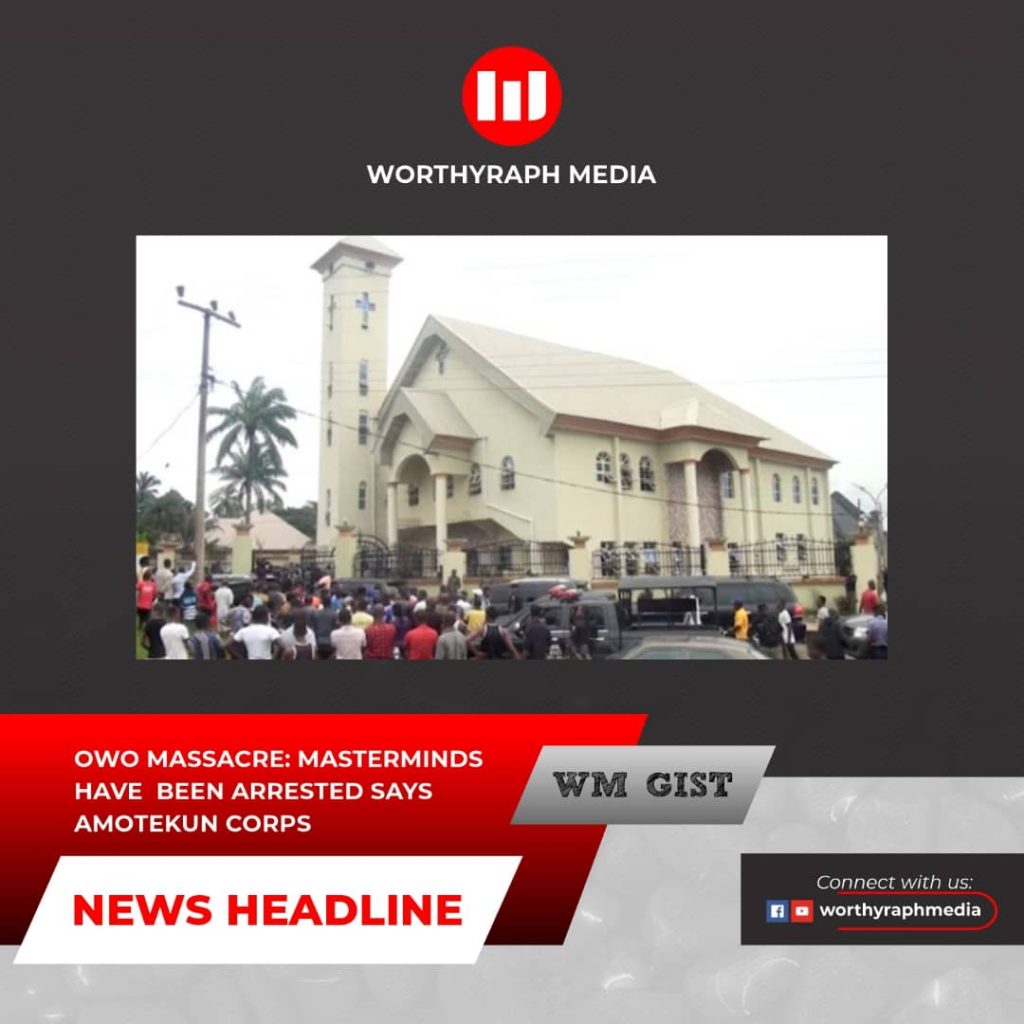 Alleged masterminds of the owo massacre at the St. Francis Catholic Church in Owo, Ondo state, have been arrested by the Ondo State Security Network Agency, widely know as “The Amotekun Corps”.

The state Commander of Amotekun, Adetunji Adeleye revealed the killers have been arrested, while addressing the pressmen, at the state capital.

It was disclosed that various vehicles and weapons were recovered from them which was used in carrying out their deadly attack towards the church on the 5th of June.

Despite Owo Massacre masterminds Arrest, the commander didn’t give the exact figure of those arrested, but has said he is sure all those who were involved were apprehended.

“As regards the Owo incident, we have recovered the last vehicle they used for that operation and we made some arrests and we have also recovered some vital things which we are working on,” he said.

“A number of people have been arrested concerning the Owo issue as well as number of equipment. On that day, we pursued them to the point that we recovered the vehicle and we are still pursuing them. We have told you that until we get to the root, I can assure you that the perpetrators and their sponsors will be brought to book.”

This arrest made it the latest development on the issue sequel to the attack on the church in Owo, Ondo state.

The urge to “Break News” birth fake and distorted information this is Why we are here to give you qualitative and objective contents just as it is. Follow us on our social media handles @WorthyRaphmedia.com for more intresting news gist.