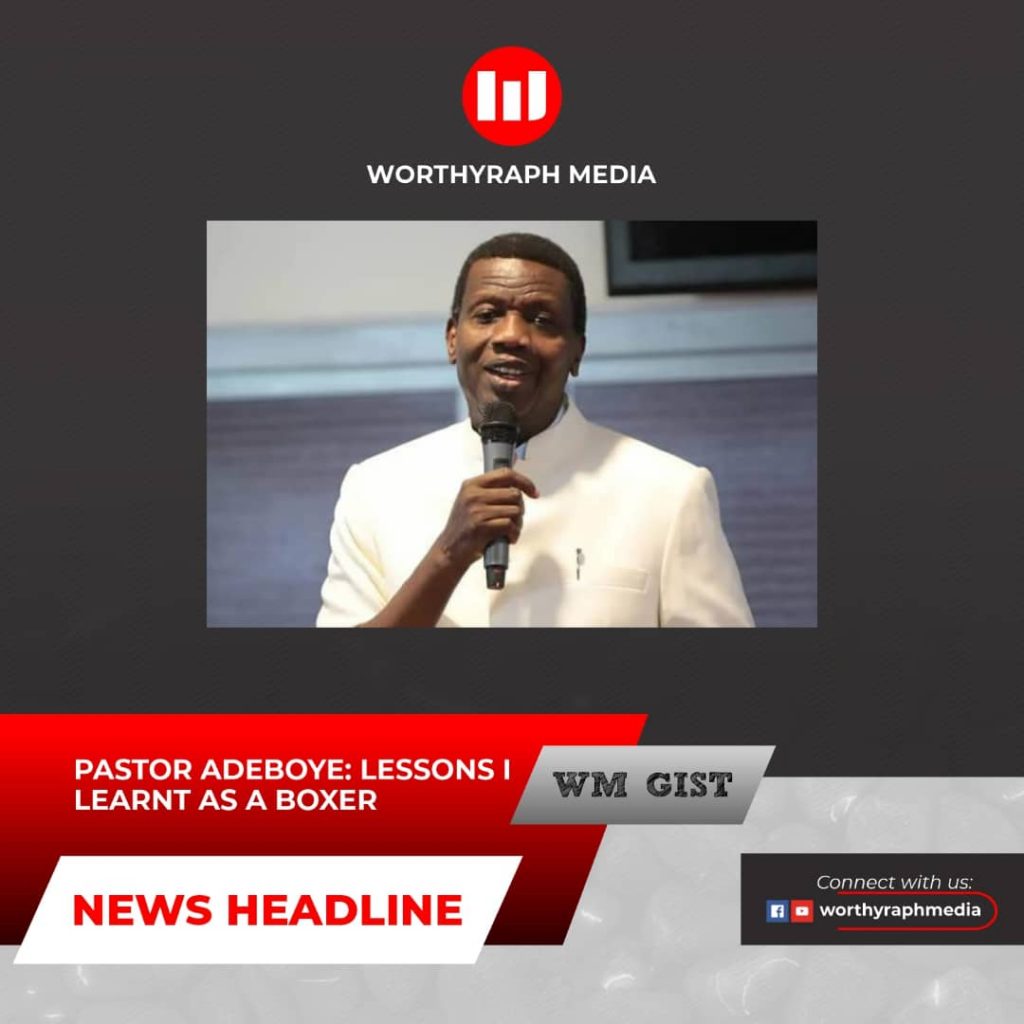 The General Overseer of the Redeemed Christian Church of God, Pastor Enoch Adeboye, has revealed that he used to be a boxer.

The respected cleric revealed this on Sunday while delivering his message, ‘Meant for the top’, in the church’s monthly thanksgiving service.

The cleric, admonished the congregation to get closer to God and keep working hard to get to the top, saying it took a lot to become a champion, judging from his experience as a boxer.

The cleric said, “I used to be a boxer.

“And, one of the things you learn as a boxer is that it takes a lot before you become a champion.”

He explained that after becoming a champion, the work was just starting, adding that there would be so many people who would want to take the position away from the champion, hence, the need to work harder than even the challengers.

“The moment you become a champion, you discover that you have just started the work.

“The champion works harder than the challenger because there are many people who want to take your position,” Adeboye said.

Just to know: The RCCG holds its Thanksgiving Service every first Sunday of the month where worshippers across the country and globe tune in to watch the G.O.’s sermon.