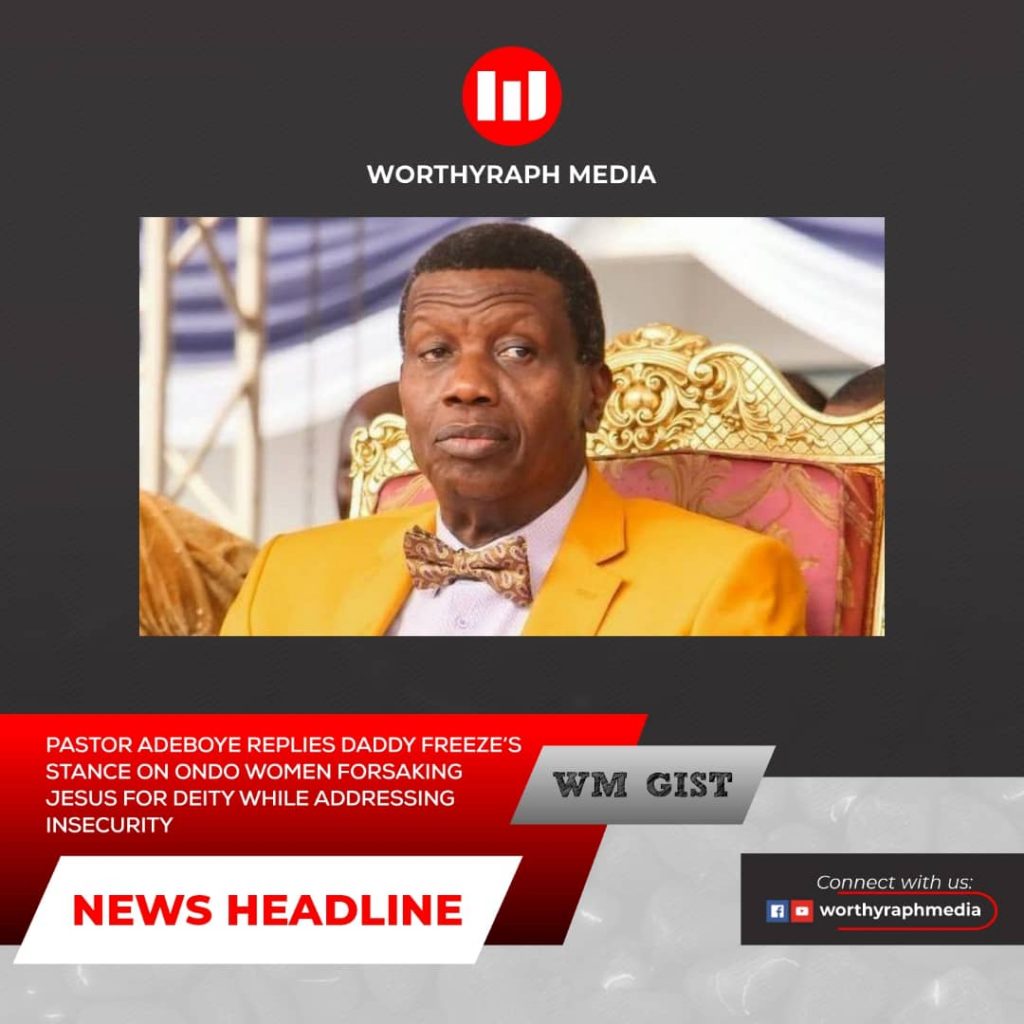 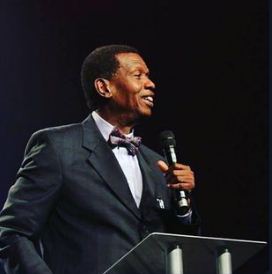 The general overseer of the Redeemed Christian Church of God, Pastor Enoch Adeboye has responded to a stance taken by social media personnel, Daddy Freeze after he spoke out against women who abandoned Jesus for a traditional god (ogun) in Ondo state.

The women had turned to Ogun (deity of thunder) to rain curses on the terrorists who killed worshippers in Owo Church, Ondo and the man of God has spoken against it.

“When dem call bros J and he nor answer dem nko? We abandoned African paganism to adopt European pagan ideologies. Until we start telling ourselves the truth and take our security issues more seriously this won’t end. Christ’s message is love and that’s the first thing so glaringly missing in Nigeria.”

“I understand that one funny fellow said that some people were calling on Ogun because Jesus didn’t answer them.

“Well, the one who said that there’s a Yoruba proverb, it said, the mouth that the snail uses to blaspheme God, that mouth would kiss the ground. From now on, anybody who dares blaspheme Jesus Christ, they will taste the fire of the Almighty God.”

“I don’t want to say much, because I know whatever I say, some people may want to twist it. But I’ve searched the Bible from cover to cover and there is nowhere in the Bible where God said a child of God cannot defend himself.

“If you find the place, let me know. He said, if they slap you on the right cheek, turn the left. If they now slap the left, what did he say? When God is silent, do you know the meaning of that, it simply means, over to you,” he said.

Let us know what you think about this dichotomy of ideas. Drop your thoughts in the comments.