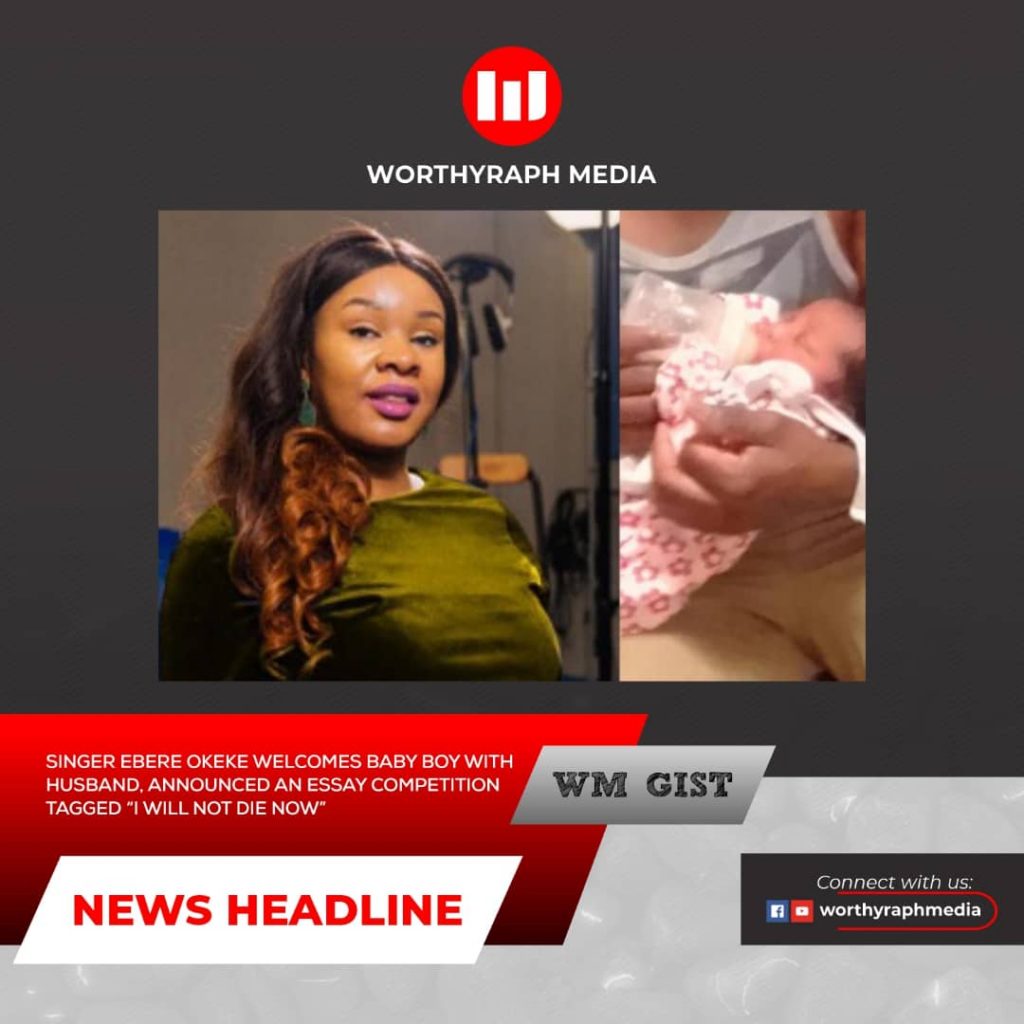 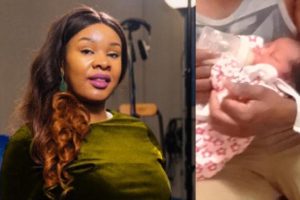 Congratulations are pouring in for Prophetic songwriter and singer Ebere Okeke and her Husband, who just welcomed their newborn baby boy’ Udoka Okeke’. The exciting news comes three months after Ebere’s successful debut on the gospel music scene with her first single and declarative anthem “I Will Not Die Now,” which met great reception.

Announcing the birth of her new bundle of joy, the Nigerian psalmist penned; “To God be all the Glory the Lord has done it again. We welcome our newborn ‘Mr Udoka Okeke”. She also shared an adorable photo of her baby boy, giving fans a first glimpse of the newborn.

Congratulatory messages have poured in for the Okeke family on their newest addition.

Ebere Okeke first revealed she was expecting a baby in April after releasing her debut “I Will Not Die Now” alongside its official visuals which captures her baby bump. According to her, she was 5-month pregnant when she recorded the reviving, prayerful and prophetic song.

Maximizing this phase of her life, Ebere Okeke has decided to take us on a journey into the realities of modern life after a baby in 2022. This is fueled by her ardent desire to inspire expecting and nursing mothers, and it’s tagged “Ebere’s Postpartum Realities and Reflections”. 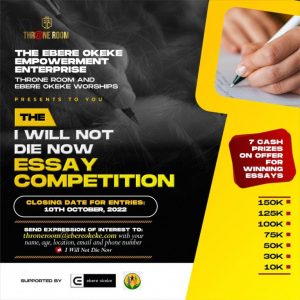 Ebere Okeke has announced an essay competition tagged “I Will Not Die Now” which is powered by herself, Throne Room, and Ebere Okeke Empowerment Enterprise.

Inspired by her debut single release “I Will Not Die Now,” the essay writing competition will be based on the song’s entire message and lyrics (Listen Below). Cash prizes to be won range from N150K to N10K.

Interested participants are required to send an email to throneroom@ebereokeke.com containing their name, age, location, phone number, and email. The closing date for entries is October 10th, 2022.