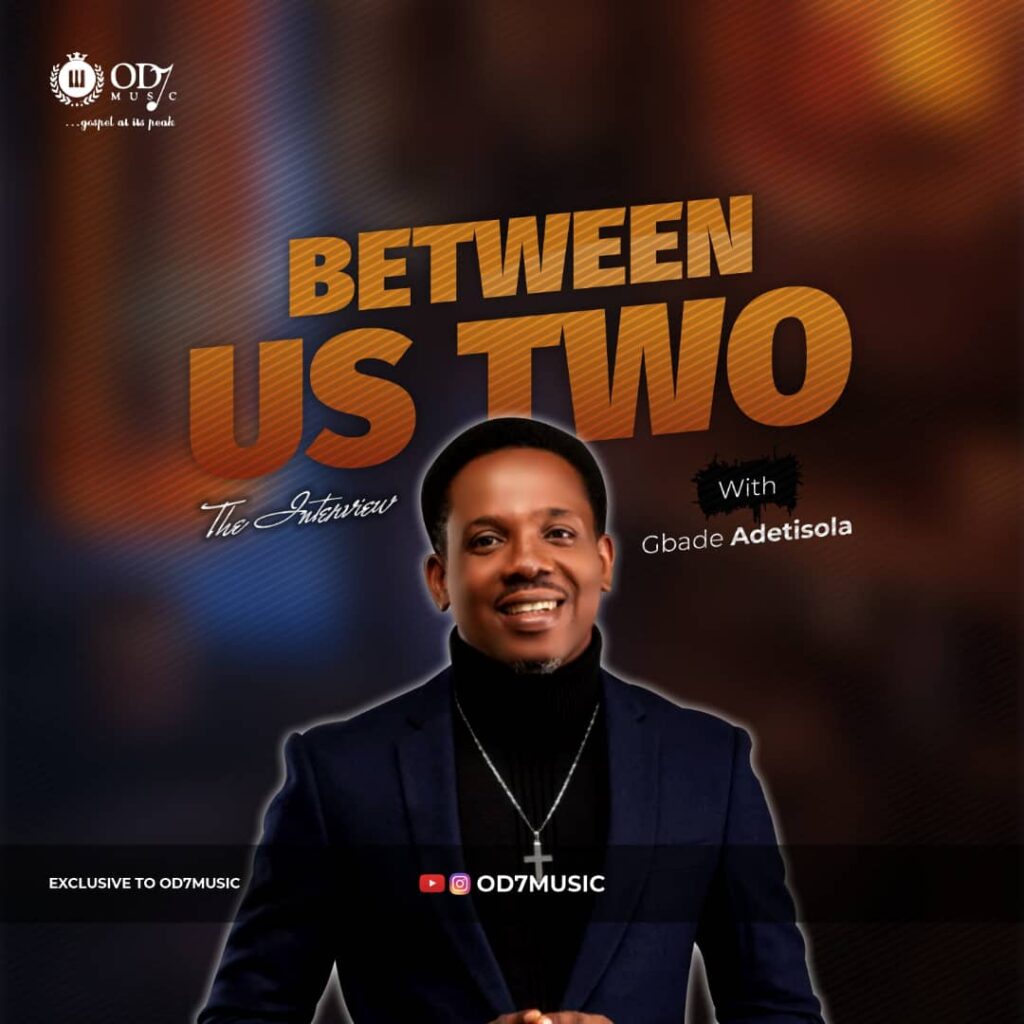 In an interview recently, Engineer Gbade Adetisola spoke about his recently released album titled ”Between us two”

Engineer Gbade who is also a music producer and the ceo of Klinimix studio spent time talking about the album.

He spoke about featuring Minister Dunsin Oyekan and Minister Ccioma. According to him the project started since 2019 but was ready in 2021.

He said the album was a reflection of his heart to God.

Advising young artistes he says they must put in a lot of work in order to see results.